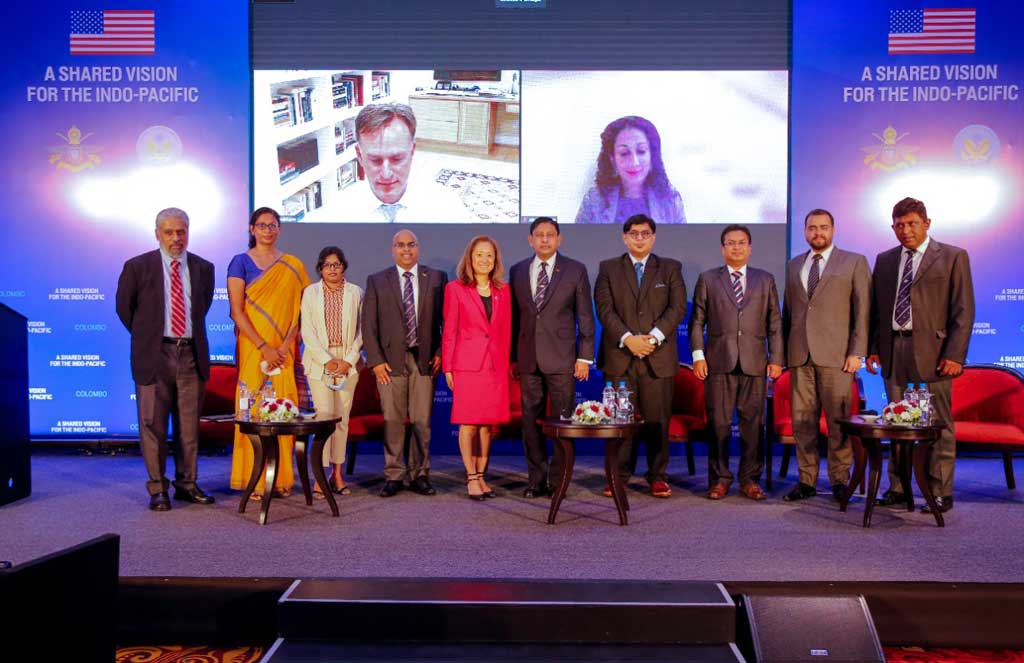 Welcoming the guests, Major General Milinda Peiris, Vice Chancellor of General Sir John Kotelawala Defence University, Sri Lanka stated: “The Indo-Pacific is increasingly a focus of international geopolitical attention due to the rising influence of both China and India. As Sri Lanka’s only defence University and our commitment to develop a robust research culture, I deem forums such as this are imperative in charting a way forward in bridging the Policy Academic research nexus.”

In her remarks, Ambassador Chung stated that “Sri Lanka, with its key geostrategic location next to vital shipping lanes, has a key leadership role in the Indo-Pacific in which it should take real pride.” Ambassador Chung described the U.S. vision as a shared vision, built on “many decades of partnership across the region” for an Indo-Pacific that is “Free and Open, Connected, Prosperous, Resilient, and Secure.”

Held at the Cinnamon Grand Hotel in Colombo, the conference was attended in-person and virtually by over 300 participants.